Because every child deserves a quality education 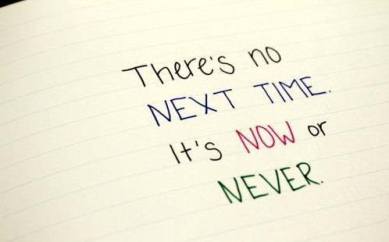 We need every single person speaking up on behalf of children. If you are happy with the status quo, there is no need to read this. If you are not, this is an important read.

Education reform is having a detrimental effect on classrooms across our state and across the nation. Teachers no longer feel they have the freedom or autonomy to teach in the most effective way because of inappropriate standards, mandated high stakes tests and an extremely flawed accountability system.

For whatever reason, some people are not making their voice heard. The ones who are speaking up are being treated as if they are the only ones who are concerned. Everyone knows that’s not true. It’s not fair that a small number of people are speaking up for so many. If everyone who’s not happy about education reform were to speak up, there would be nothing to complain about because the system would already be fixed.

“However beautiful the strategy, you should occasionally look at the results.”~ Winston Churchill ~

We are not winning. Admit it.

If we let this political season escape us and allow this reform to become a back-seat issue … we become the fools. And we deserve that tattoo.

The Opt-Out movement has served us very well. It’s the first effort that stitched resisting states together in united opposition against Common Core’s high stakes’ testing. We owe those leaders great gratitude.

But now we need to add to our resistance repertoire … and we need to seize a special circumstance that will not last long.

We’re being smiled and nodded to death. Painted in nonsense words and soaped in foggy promises by political operatives who think us unserious and even peevish. And we are … because we seem easily soothed.

Common Core cannot be conquered by a three-week skirmish each spring. This resistance needs to remain nimble and opportunistic.

This is the current reality.

U.S. Secretary of Education John King smirks us and treats as an after-thought while he retools our schools, experiments on our children, and ignores us. He’s loathe to even mention the Opt-Out effort save for when he speaks of punishing schools for resisting his edicts.

We must become more aggressive. And we had better do it quickly because the federal government is casting a larger shadow every day.

Teachers have been declawed, parents dismissed, school leaders deceived … and the public is largely disengaged. Warriors in this effort are painted as amusing renegades, wayward anti-reformists … progress-blockers who are more a nuisance than anything else.

And now King has proposed the coup de grace … the death blow … for the Opt-Out effort. Many schools will buckle under his threats … and our resistance may become crippled.

King’s death-star for public education is nearly complete. If this issue becomes a back-bench concern for the major political players during this exciting election season … well, our time is up. And we will have lost.

Something that rises above the usual headline noise. And we need it in the next 8 weeks … NOT NEXT SPRING.

We need to empty the schools … nation-wide … this fall. For a day or two or three.

We need to capture the candidates … and the media … and make them want to inspect our issues. The optics of a school walk-out will demand attention … it’s serious attention we lack.

Now we can talk ourselves out of this bold action … and reason away the best opportunity we’re likely to ever have … or … or we can spine-up and do what warriors do and make mayhem. Make people listen. And worry. And respond. To us.

Or we can pretend a bit longer that we are who we are not … and search for words to explain an ugly future to our children.

Now is the moment. We can be bold … or we can go home.

What can we do?

What do you think we can do as, parents, to help raise our voice? Is a school walk out the answer, or is there something else that will get the attention of our leaders? What are you willing to do? How can we ALL unify to take action? Ideas are welcome.

Get involved
Advocate
Be a part of the solution. Our children deserve it!